Trust a DLG For Me Civil Rights Lawyer

If your civil rights are abused, you can file a private lawsuit to recover the damage the civil rights violation caused.

There can be several different investigations and lawsuits that often arise from the same incident.

Even if an agency investigation or criminal trial is pending, you might still be able to file a civil lawsuit to get relief for the physical, financial, and emotional costs that come with having your civil rights violated.

We believe both law and justice matter. We help people seek justice when their civil rights are abused.

Civil liberties, on the other hand, arise from the promises made in the Bill of Rights to the U.S. Constitution.

Civil liberties are those such as the freedom of speech or freedom from unlawful searches and seizures.

The Civil Rights Act of 1964 is the most prominent modern civil rights law, and prohibits discrimination based on "race, color, religion, or national origin" in public establishments where interstate commerce occurs or the government provides financial support.

It's challenging to determine when your rights have been violated despite your gut feeling that the employer went too far or the government agency treated you differently because of the way you look.

You may not feel like you can prove your case.

It is easy to feel that you are against an obstacle too big and too powerful to overcome, even when you’re angry and hurt.

Discrimination and Harassment in the Workplace

Filing a workplace discrimination case can be downright intimidating because the employer is in a position of power and the laws that apply are confusing.

DLG For Me has the experience and skills to protect employees from retaliation and get them the compensation they deserve after experiencing workplace harassment and discrimination.

If you have been a victim of workplace discrimination, contact DLG For Me today for a free, confidential consultation.

We will help you determine the best path to justice.

There are many ways employers can violate employees’ civil rights.

You should document any harassment, discrimination, or retaliation by an employer.

The law forbids employers from retaliating against employees for reporting harassment or discrimination.

Under the U.S. Constitution, people working in the U.S. have a right to be free from workplace harassment and discrimination.

When an employer’s discriminatory or harassing tactics cause workers harm, those employees have legal options.

Some civil rights violations require you to file a claim or complaint with the appropriate federal or state agency before filing a private lawsuit.

For these agencies, claims have strict deadlines, and DLG For Me can help you through the process.

For example, before bringing a private lawsuit, an employee alleging employment discrimination must submit a complaint (referred to as a charge) to the EEOC within 180 days of the offense.

The employee can file a civil lawsuit only after receiving a "right to sue" letter from the EEOC after the EEOC has determined a civil rights violation probably occurred.

A DLG For Me civil rights lawyer can help you navigate this process and ensure your filings are timely and complete.

Discrimination in Schools and Educational Programs

Discrimination in education is a civil rights violation.

When a person or entity denies people full educational opportunities based on their age, disability, gender, national origin, race, or religion, discrimination in education occurs.

There are several federal laws that prohibit discrimination in educational programs that receive federal assistance from the U.S. Department of Education.

Federal civil rights laws extend to all educational programs and facilities that receive funding from the U.S. Department of Education, including colleges and universities, state education agencies, and elementary and secondary schools.

Title VI of the Civil Rights Act of 1964

Title VI of the Civil Rights Act of 1964 prohibits discrimination based on race, color, or national origin in any program or activity that receives federal funding or financial assistance.

Under Title VI, covered programs cannot use procedures criteria, or methods of administration that appear neutral but have a discriminatory impact because of race, color, or national origin.

Title IX of the Education Amendments of 1972

Title IX of the Education Amendments of 1972 prohibits discrimination based on sex.

Under Title IX, educational institutions risk losing federal funding when they do not provide equal opportunities for each gender, including financial assistance, athletics, classes, student health insurance, and employment.

Section 504 of the Rehabilitation Act of 1973 and Title II of the Americans with Disabilities Act of 1990 prohibit discrimination based on disability.

Under ADA Title II, schools must ensure disabled students access to all of its educational benefits, services, and programs.

Age Discrimination Act of 1975 prohibits discrimination based on age, with certain exceptions, in programs and activities that receive federal financial assistance.

Harassment or Discrimination in Housing

It is illegal to discriminate against someone seeking a home or mortgage.

The Fair Housing Act protects people from discrimination when seeking to buy or rent a home, get a mortgage or housing assistance, or engaging in other housing-related activities.

When an owner or landlord discriminates against a protected class in the sale or rental of housing property, they are violating the Fair Housing Act.

Oftentimes discriminatory actions in housing are difficult to pinpoint because those who violate the law are adept at normalizing their discriminatory behaviors.

If you suspect that a seller, landlord, or mortgage lender is discriminating in providing housing or housing-related information, you might have a claim for compensation.

Similarly, the Fair Housing Act prohibits mortgage lenders from taking the following actions based on a discriminatory purpose:

To determine whether you have been discriminated against and what your best options are, contact DLG For Me for help.

We have the experience and resources necessary to take on those who take advantage of their positions of power to deprive protected classes of their rights.

Discrimination in a Public or Commercial Setting

The federal government has a public policy to prevent discrimination against protected groups in places of public accommodations.

The Civil Rights Act of 1964 and the Americans with Disabilities Act prohibit discrimination in public accommodations based on race, color, religion, national origin, or disability.

The federal government does not prohibit discrimination based on age, sex, sexual orientation, or gender identity, but some state laws extend protections to these groups.

Government-owned settings include libraries, parks, courthouses, and other government buildings.

Privately-owned settings include retail stores, restaurants, hotels, and transportations services, among many others.

Houses of worship are typically not considered public settings, except that when they are rented out for a public, non-religious purpose, they are deemed public during the rental period.

Your remedies for civil rights violations depend on the setting where they occur and the identity of the wrongdoer.

A DLG For Me civil rights lawyer can help you determine your rights and the best options for getting justice when you have experienced civil rights abuse.

Section 1983 is a federal law that provides people access to the courts when their civil rights have been violated by a state or local government official “acting under color of law.”

The statute only applies to government officials acting in their official capacities.

Examples of Section 1983 claims include:

While federal government officials are not included under Section 1983, there are separate laws that allow claims against them under certain circumstances.

DLG For Me attorneys have extensive experience with Section 1983 claims and have achieved landmark victories in civil rights cases.

If you believe your civil rights were violated, contact us today for a free, confidential consultation because your time to file your case is limited.

Depending on your individual claim, you might get financial compensation for your losses.

Compensable financial costs can include:

The court can also order an institution to change its policies so they aren’t discriminatory in the future.

If your civil rights have been abused and you want justice, call a DLG For Me civil rights lawyer for a free consultation because we can help you get your dignity back.

Your civil rights claims will depend on the type of violation, where the incident occurred, and the identity of the defendant.

In civil rights cases, it is urgent that you contact a lawyer quickly because there are strict timelines and procedural hurdles that must be dealt with.

If your civil rights have been violated, you can either file a complaint with the government agency involved or file a civil lawsuit.

However, in some cases, you are required to file a complaint with the agency before proceeding with a lawsuit.

The system can become so confusing that people give up on their claims before finding out what they’re truly worth.

If you believe your civil rights have been violated, DLG For Me can help you navigate the system, get back your dignity, and get you the compensation you deserve.

Contact DLG For Me today for a confidential and free consultation because some claims have very short filing deadlines.

Check out the following article to learn more about how a civil rights lawyer might approach civil and political rights. 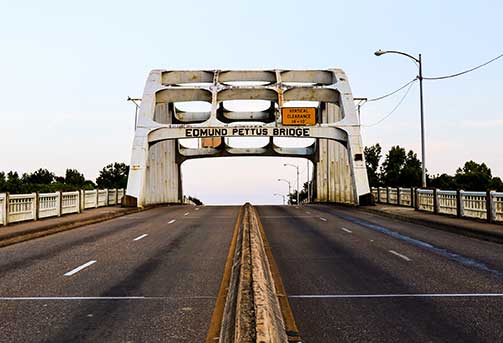 "The team at DLG For Me was kind, professional, and got me twice as much as I expected from my settlement."

"After we were T-boned by a semi truck, the team at DLG For Me was there to guide us and help put our minds at ease."

"Extremely happy with the clear communication I received from DLG For Me. Every question was always answered."

DLG For Me Awards and Recognition 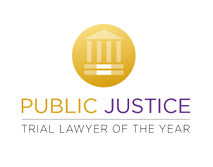 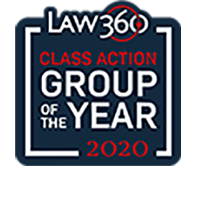 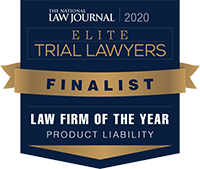 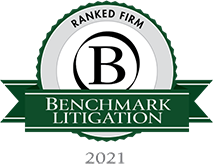 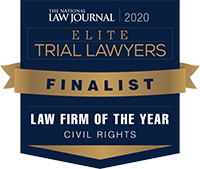